Just wanted to introduce myself. We just picked up a 2018 Reflex Silver SE 4motion R-line with Tech and rear captains chair packages. We traded in my wife's 2016 GLC300 4Matic which had become too small to schlep 2 rear facing car seats and all of the associated child paraphernalia.

We were not expecting to buy a V-Dub. We had been shopping 2015 Q7 TDI's and taking a passing glance at the new Chrysler Pacifica. My wife was balking at the minivan despite its extreme convenience. We are both car people and have cycled through 14 vehicles since 2012 on the endless hunt for the perfect car with an equally endless waste of money. In just shy of 6 years we have cycled through

When we realized that the Q7 of that generation did not have bluetooth streaming music it was a deal breaker despite having a very nice Prestige with EVERY option on deck and ready to purchase. The night we bought the Atlas we were looking at the Explorer Sport with the big dog 3.5L but the fit of the car seats was a bit tight with the captains chairs. I told my wife we should stop by and look at the new Atlas despite my assumption that it would be underpowered and would not scratch the "cool car" itch. I always want to do my due diligence before buying any car, and the Atlas appeared to have good packaging.

So we test drove it and while it is a dog, its not as slow as I figured it would be. The interior packaging is unbeatable, the other 3 row manufacturers should be embarrassed how much more usable space the comparably sized Atlas has. Against the Highlander, Pilot, Explorer and CX9 its not even a close race (no comment on the traverse, didnt look at it, wont own a Chevy). Poor salesman who drew the short straw was about to get an easy sell. I told him we wanted the car on the showroom floor, told him I needed 33 for my trade in and wanted 2K off of MSRP and if he did that I wouldn't beat him up over another 1500-2000 and haggle with him all night. He made it work, I said ok, my wife took an uber home and I stayed and bought a car.

The Atlas has every piece of tech the Q7 we were looking at had (minus the AWESOME Audi Adaptive Air suspension), a fair bit of tech the Q7 didnt, and a killer warranty thanks to VW's diesel cheating. I wish you could get the EA888 4 banger in the 4Motion so I could mod it, but alas, the Atlas will just have to be a car I dont play with much. We are at a point in our lives where car that we dont have to worry/think about and that serve their purpose with little fanfair are a must. I commute in an electric Ford Focus because it got me off the motorcycle and still allows me to take the car pool lane, save 45 minutes a day, and get to spend that time with my wife and kids. We bought the Atlas because it has copious amounts of room, great tech, is comfortable and quiet, has a great AWD system and a pretty unbeatable warranty (I dont think the Korean's 10/100 warranty is worth the paper it is printed on).

Here she is, our 2 year old named her Daisy 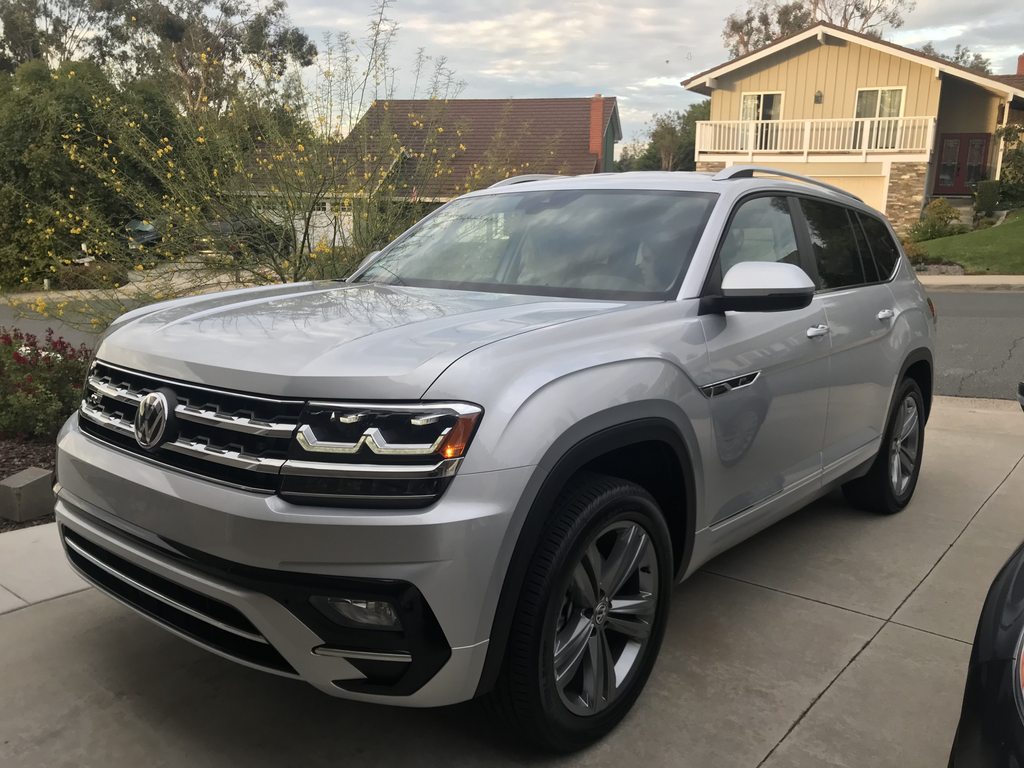 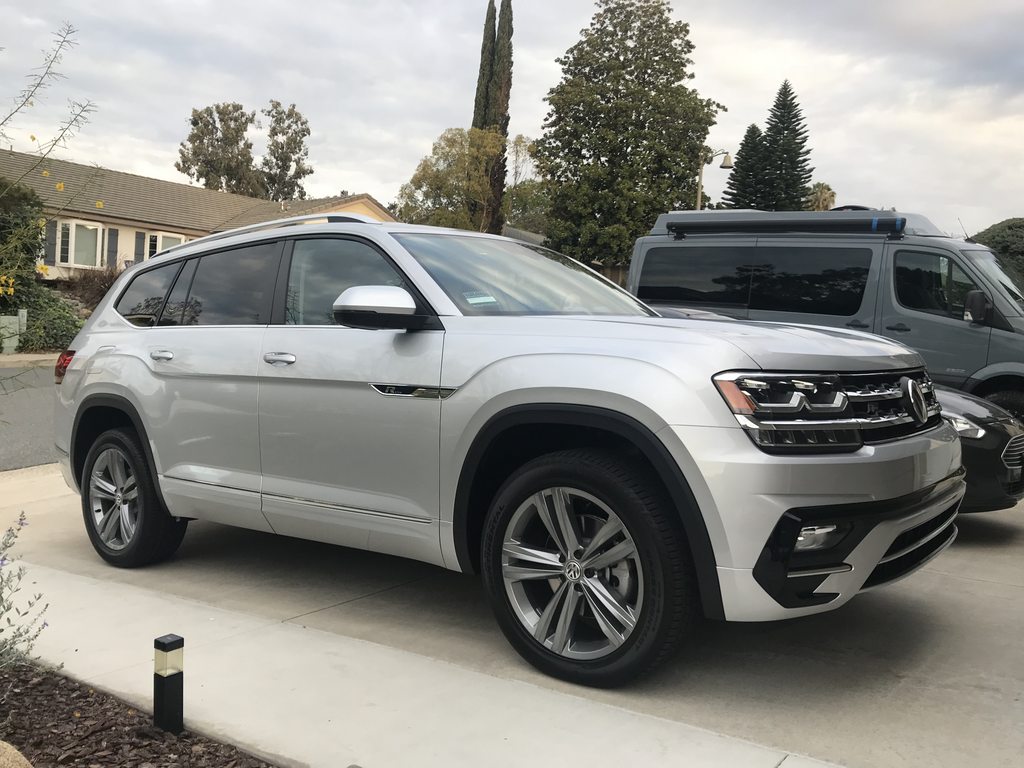 My only toy now is the Sprinter in the background which we take everywhere....a little better shot of GRETA 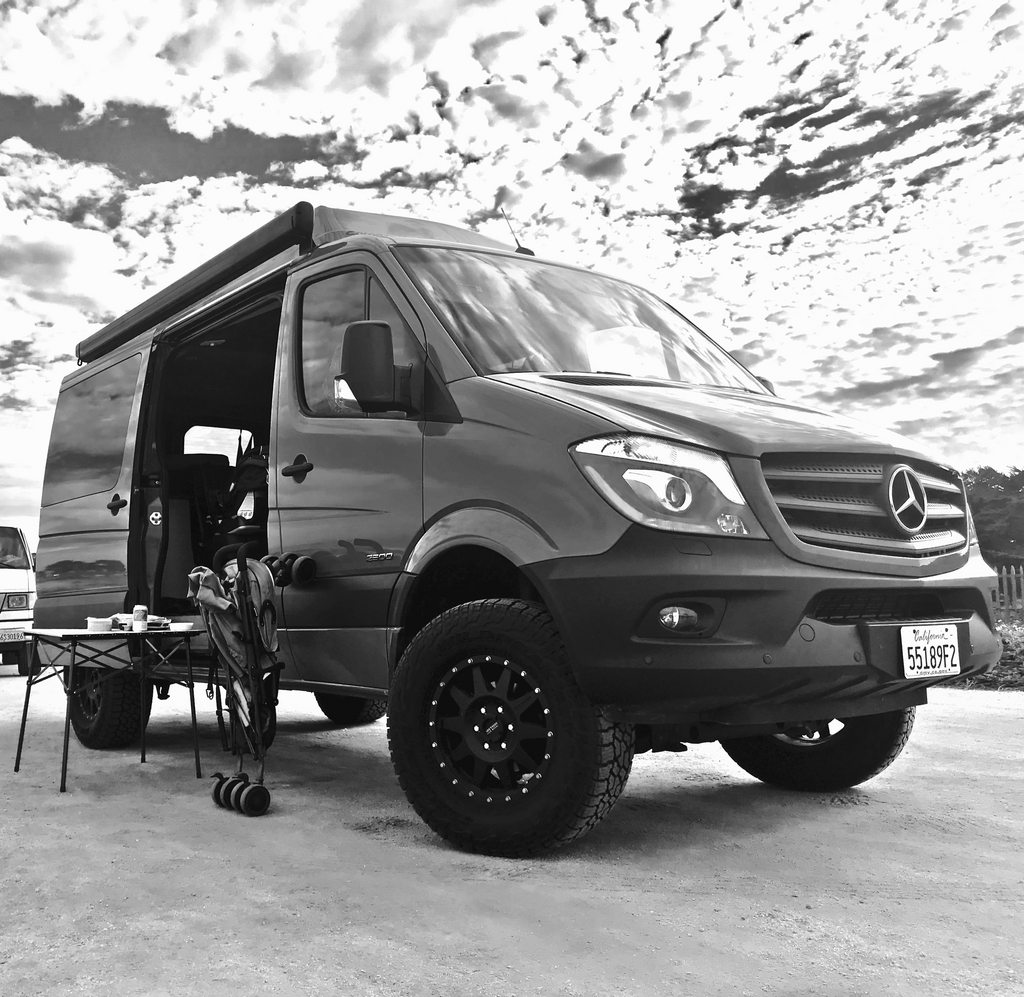 As for the power and acceleration: I'm almost 60 and really don't want a car that will run off on my anymore. LOL. I have found that maintaining cruising speeds up to and in excess of 80 mph out here in the Wild West is pretty solid.
You must log in or register to reply here.
Share: Facebook Twitter Google+ Reddit Pinterest Tumblr WhatsApp Email Link